Chris Orlando and Mark Ortenzi met while competing for the same job.  Both were hired, and that started a 15 year partnership that culminated with the two joining forces to create ScaleMatrix in 2011.  With Ortenzi as the engineering brains and Orlando helming marketing and sales, the data storage company they founded has flourished as a unique hybrid service facility that offers colocation, cloud and managed services under one umbrella.  “ScaleMatrix was born in the cloud era without any legacy baggage.  It gave us a unique perspective,” states Orlando.

ScaleMatrix developed their Green Giant Data Center, the first facility designed and equipped with Dynamic Density Control.  Their system controls the amount of power and cooling resources deployed to unique cabinets within the data center, based specifically on the demands of the client.  Cooling not the entire space, but each cabinet individually, makes it one of the most efficient platforms available.  Cabling and wires are secured within the contained space affording more security.

Adoption was slow at first according to Orlando.  The company was the only one operating on this type of platform.  “Luckily we have deep roots in San Diego and we got some companies early on including Unified Schools and Bumble Bee.”  Then a pivotal event changed everything.  In 2013, the company was chosen by Dell to manage their cloud business in North America and the technology flood gates opened wide.  After that collaboration the company began to experience staggering growth.  According to Orlando, “Dell could have chosen anyone but chose us.  We were an existing customer with security compliance that matched their standards and had the scale capacity.”

A second center was opened outside Houston and year and a half ago, strategically located in the region’s gas and oil corridor.  Two more centers are being planned in 2016 in the north and east so the company is within easy reach of customers throughout the country.  With disaster recovery a very important criteria for many companies, mirrored data storage insure no information will be lost in case of a catastrophic event in one location.  The company is rolling out sales of the cabinet technology for on premise usage.  This will officially launch on July 21.

Orlando speculates, “with the Internet of Things, everything is getting smarter.  Cloud computing is still in its infancy, but the new measurement is going to be performance.” 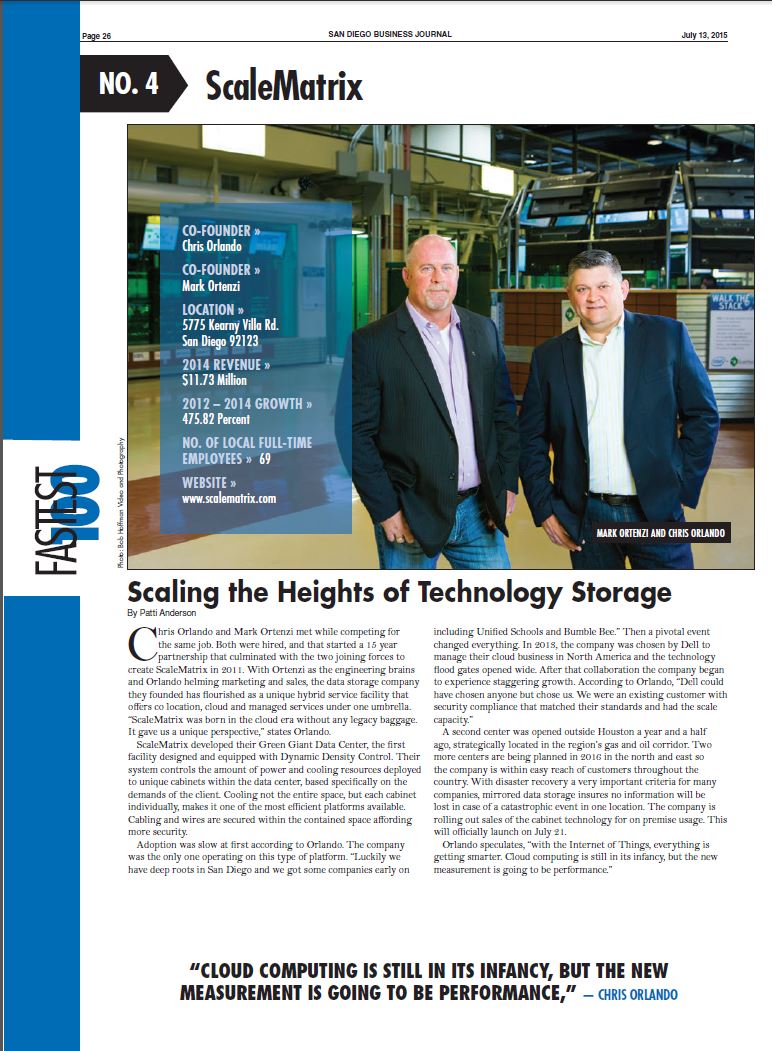 Select any filter and click on Apply to see results